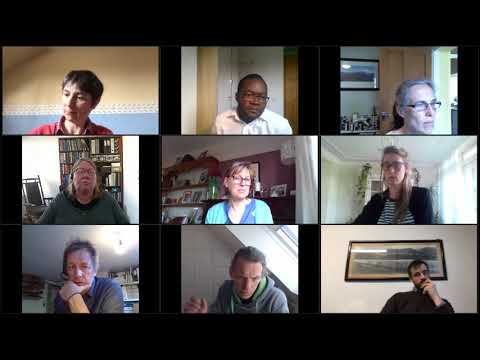 A farm level examination of farmer attitudes, activities, and approaches.

Using studies of success stories to illustrate opportunities in crop management and variety availability to demonstrate ecosystem service benefits, environmental impact and the contribution to health, nutrition, and the economy.

Demonstrating how through innovation a network exists that holds the world of legumes together.

Concluding, this session will introduce the next webinar, setting the scene for examination and understanding of the market for value chains.

8'     Organic fababean in Denmark -  Inger Bertelsen - Senior Advisor, SEGES Organic Innovation  -   Growing of faba bean has increased in Denmark during the last decade especially in organic farming. Total growing area increased from 1.753 ha in 2010 (44 pct. organic) to 19.369 ha in 2020 (56 pct. organic). The growth is based on simultaneously development of growing and feeding through on farm trials, research, knowledge exchange and a strong implementation at the farms and in value chains. Faba beans are used for animal feed (cattle, pig and poultry), but there is an increasing interest for faba beans for plant based foods.

8'     Chickpea in Portugal -  Carlos Pereira - AICF Agro Inovação S.A.   -    Chickpea crop is highly relevance for agricultural systems and soil conservation. They allow the diversification of crop rotation, interrupt disease cycle, contribute to weed control, improve soil structure and promote the fixation of atmospheric nitrogen, as a result of the symbiotic association of their roots with the Rhizobium. With this it has been possible to practice sustainable agriculture, with a reduction in inputs, such as the application of fertilisers and plant protection products for weed and pest/disease control. In Portugal, the farmer network associated with chickpea cultivation already has more than 50 farmers spread throughout the Alentejo region with soils of high potential use. The farm network has pointed out as positive points the improvement of the physicochemical characteristics of soils and the guarantee of production flow at fixed prices under contract. The negative points are the reduced incentives for production and the dependence on specific weather conditions for the crop to obtain regular productions. According to most farmers, the cultivation of chickpeas goes beyond their economic interest.

8'     Vining pea. "UK Vining pea industry case study"  - Dr Becky Ward - PGRO     -    Vining peas are grown on 40-50,000 ha in the UK, producing 160,000 to 200,000 tonnes of peas for the frozen market, valued at approximately £56 to £70 million (farmgate) per annum. Production is carried out by co-operative groups in areas suitable for pea production, from Eastern Scotland to the South-East of England. The case study aims to investigate the vining pea value chain. Emphasis has been given to the issues associated with intensive production in limited geographic areas of the UK near to processing factories, particularly regarding soil health, yield and maturity prediction, the requirement for high quality produce and requirements for strict factory scheduling. The Green Pea Company growers and Birds Eye UK processors are key partners.

15'    LEG-Box, LegValue Decision Support System to insert legumes in cropping systems   -   Anne Schneider and  Bruno Kezeya -   Leg-BOX is a prototype to raise awareness among farmers & advisors who have little or no knowledge of these crops and to help them understand, through an economic calculator for rotation, the benefits of planting a new pulse crop in a given context, as well as the main existing outlets and markets for these crops. For producers who use grain legumes, the tool will provide them with  recommendations for choosing the crop according to their location and how to design their system in order to benefit from the services provided by the presence of these legumes: better soil fertility, lower inputs (nitrogen or pesticide products), lower greenhouse gas emissions, or better harvest quality of the cereals in the rotation, etc.

10' Current research on the ecosystem service potential of legume inclusive cropping systems in Europe  -   -  Dirk Vanapeldoorn/Lenora Ditzler    -   Even though legumes are expected to deliver many agroecological benefits, they are not widely grown by farmers in Europe. Recent studies attributed this to several barriers, one being that some farmers feel they lack knowledge about the agroecological impacts of legumes. We wanted to know whether published research is focused to support farmers in overcoming this knowledge barrier. So we conducted a systematic literature review, looking for studies that reported on ecosystem services delivered from cropping systems with legumes included compared to without. We reviewed 163 papers and found that published legume research done in the EU in the last 30 years has concentrated mainly on a narrow range of topics and ignores several agroecosystem impacts farmers show interest in and with broader societal interest. We will present the review findings and suggest ways research agendas could be expanded to better address these topics.

15'   Current and future yields for legume across Europe -   Daniele Antichi (UNIPI), Nicolas Guilpart (AgroParisTech) -    Because of the number of agronomic, environmental and nutritional services they provide, legume crops have been proposed as a key lever of the agro-ecological transition. But with less than 5% of agricultural land in 2018, legume production area remains very low in Europe. In this context, identifying suitable areas for legumes production under current and future climate appears essential. To this aim, within the LegValue project we developed (i) the European Grain Legume Dataset, a unique dataset of field experiments involving legumes in Europe (~5000 yield observations in 21 countries), and (ii) a data-driven approach that combines observed crop yields in field experiments with machine learning techniques to model grain yield of five grain legumes (soybean, field pea, faba bean, chickpea and lentils) from climate inputs in Europe. Yield projections suggest high suitability for most crops under historical climate and a likely strong impact of climate change. Implications of these projections for legume development in Europe will be discussed.

15'   Valorizing legume benefits within the cropping system : from field scale to European scale - Rémy Ballot and Paul Belleville    -   Within the LegValue project, scenarios increasing the share of legume-based cropping system have been designed in workshops with local stakeholders in six EU countries (i.e. France, Germany, Latvia, Lithuania, The Netherlands, Switzerland). These scenarios explore four contrasted socio-economic context, regarding importance given to the environment and trade opening. They result in 3%, 5%, 15% and 19% of arable land dedicated to legumes in 2040, in comparison to 4% currently. Their environmental and economic impacts have been assessed through protein production, farmers revenues, mineral nitrogen fertilisers use and energy. 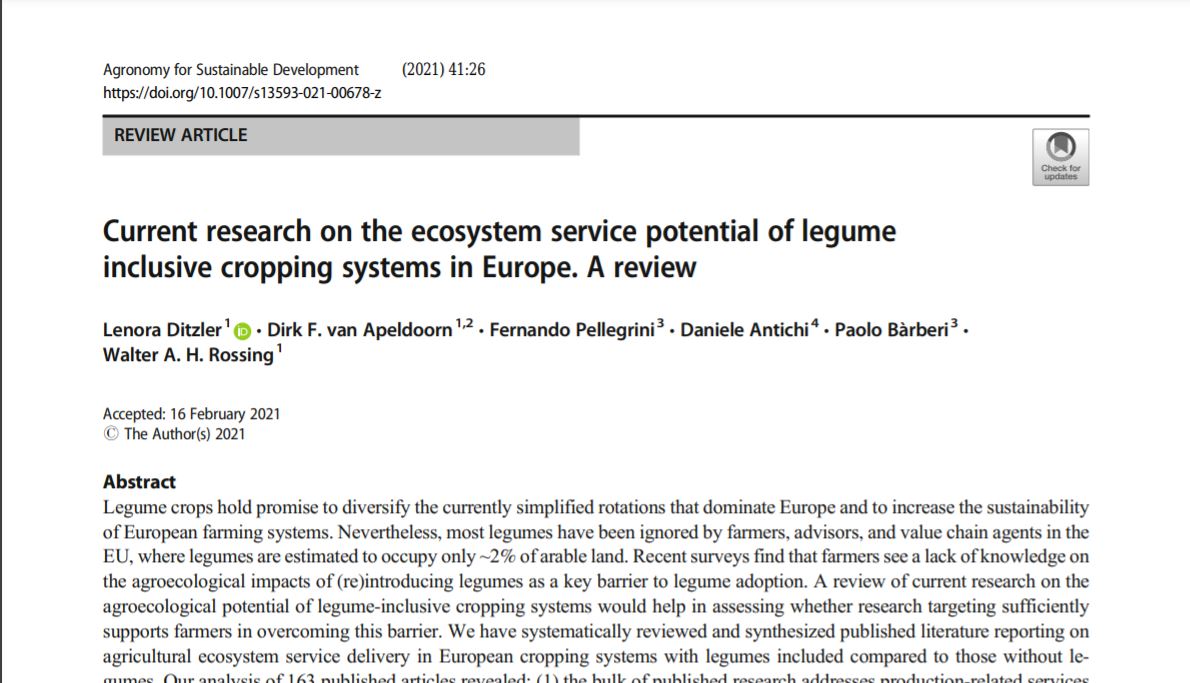 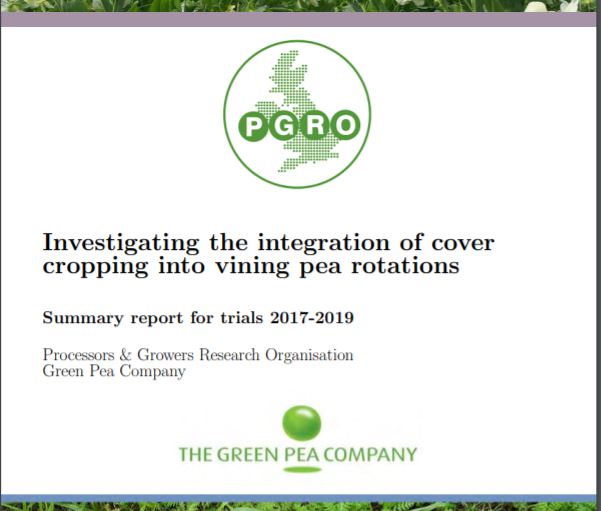 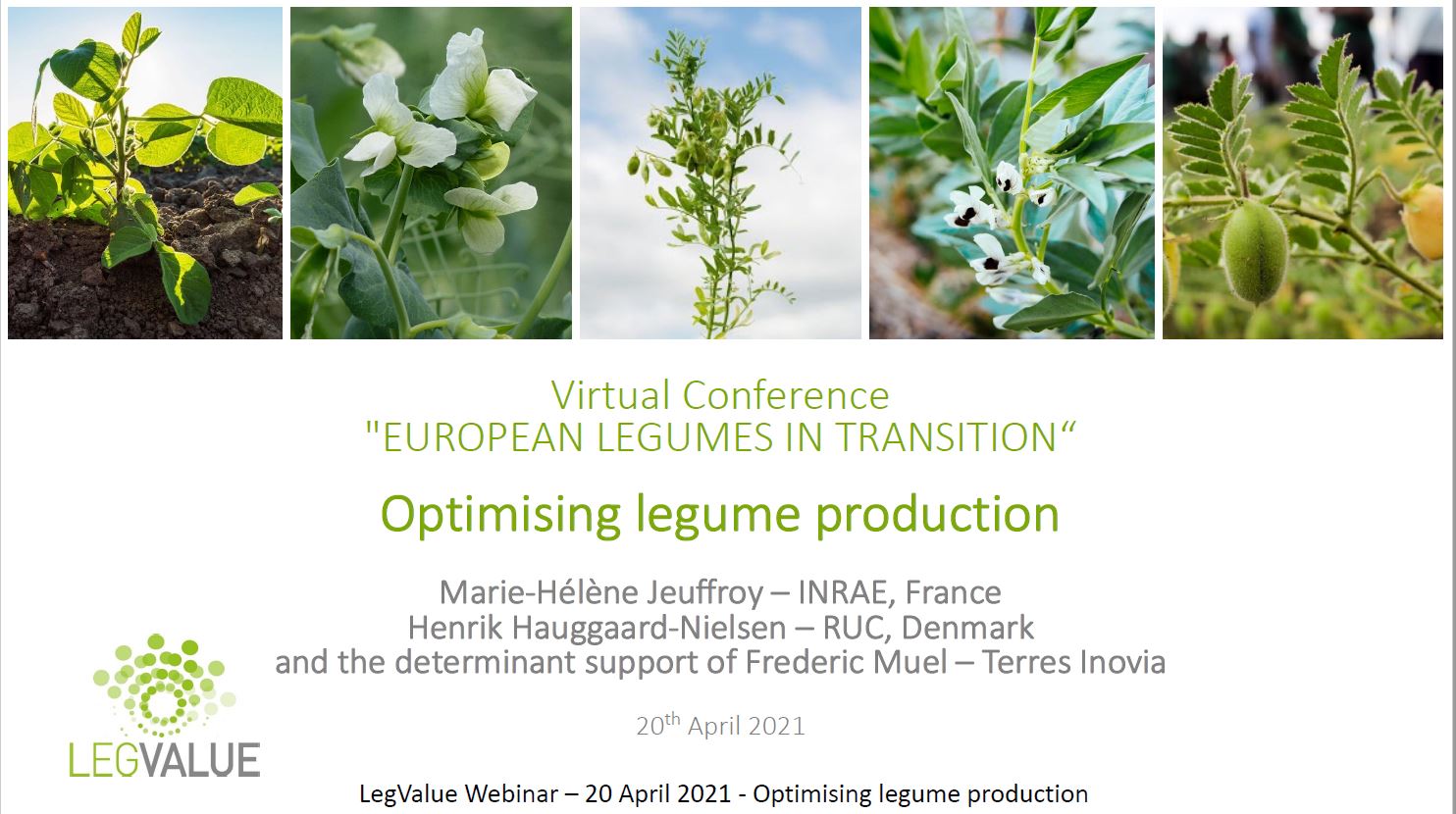 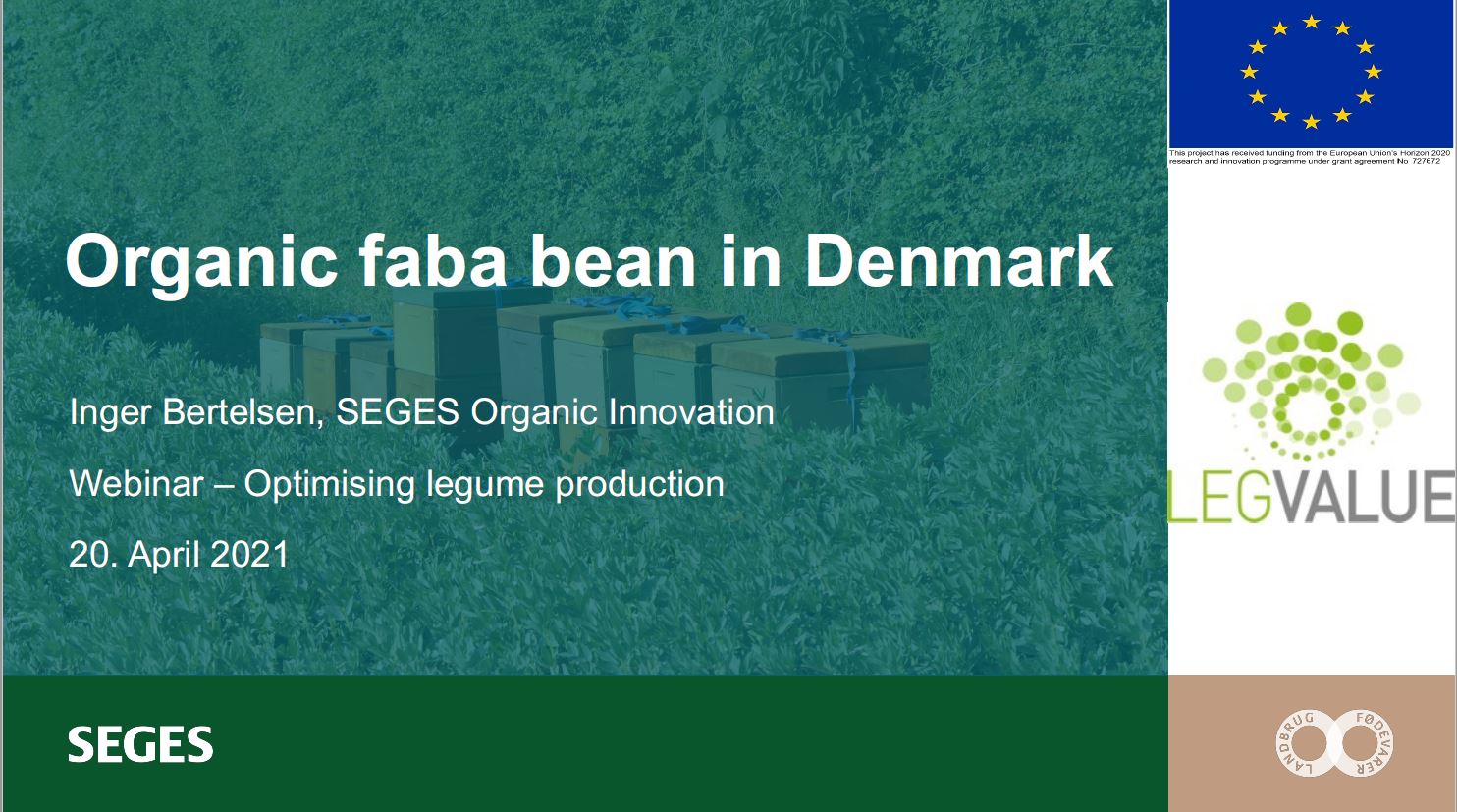 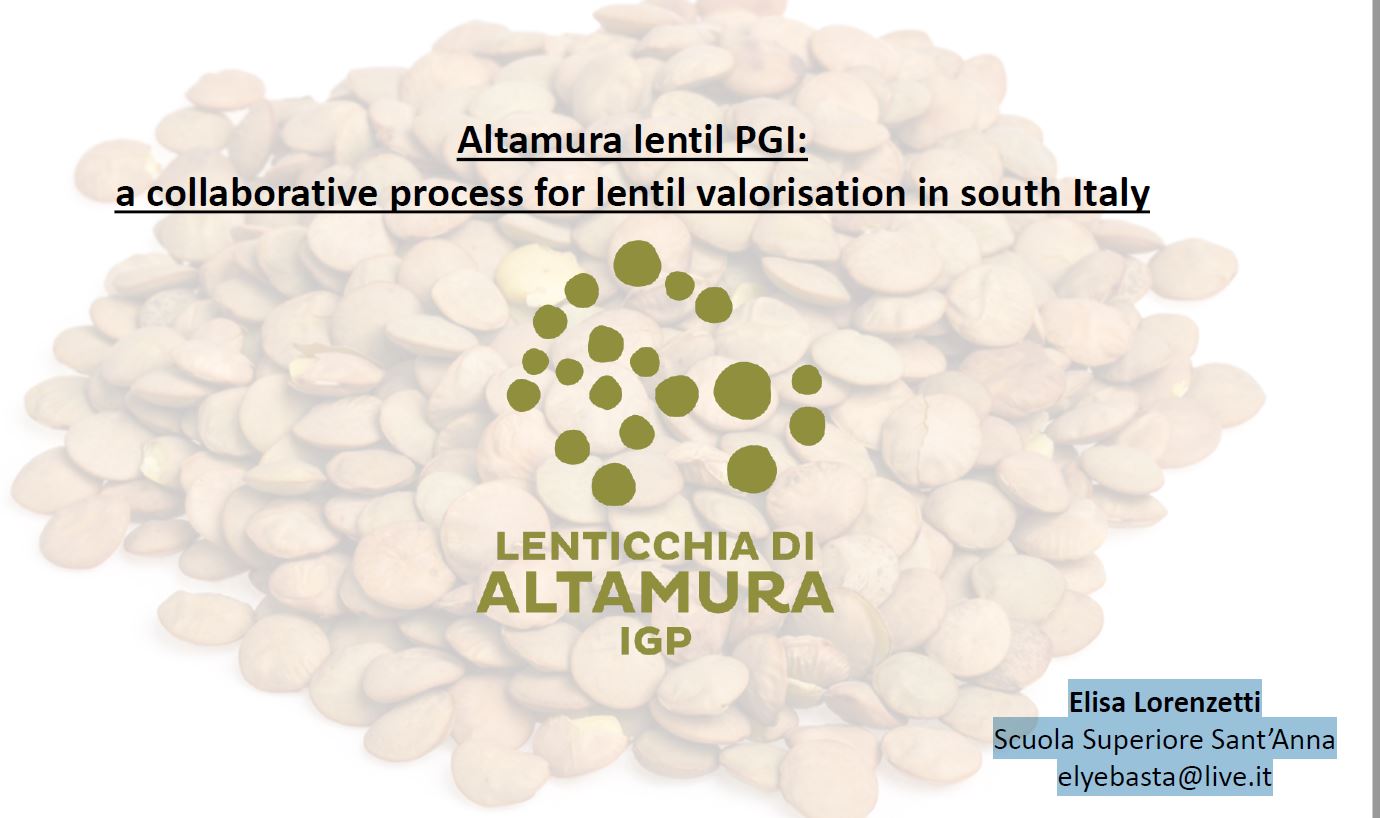 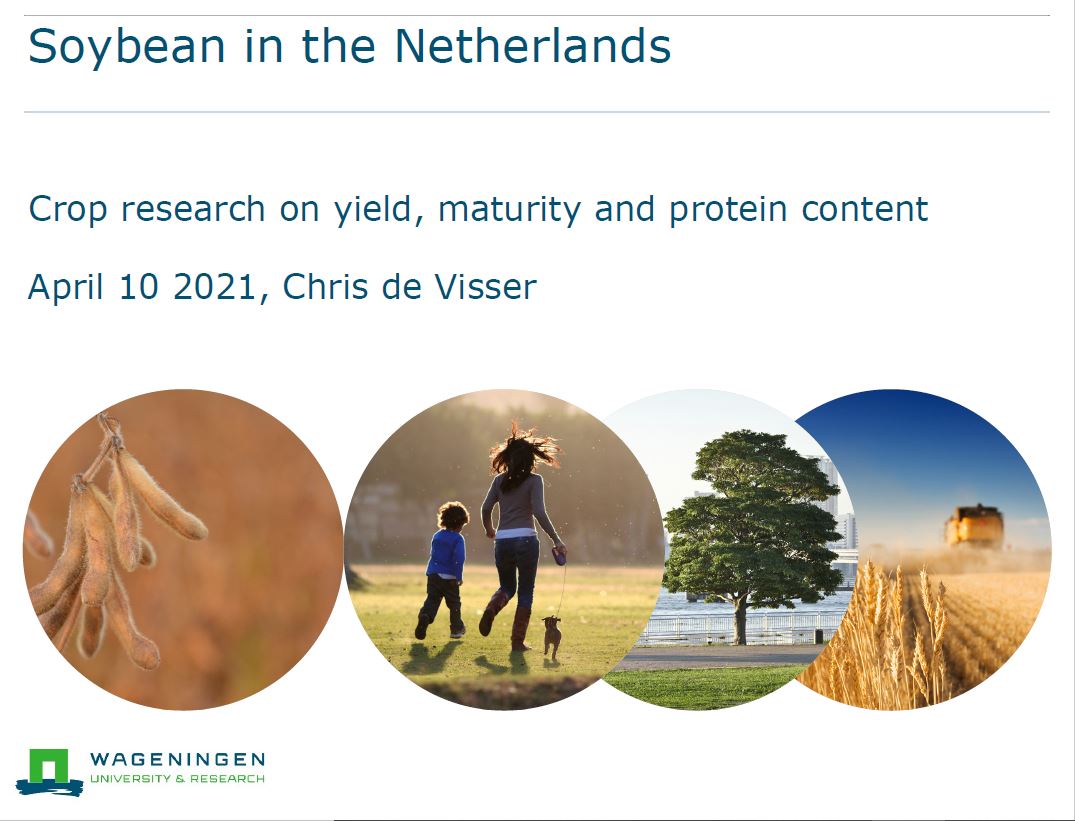 Soybean in the Netherlands 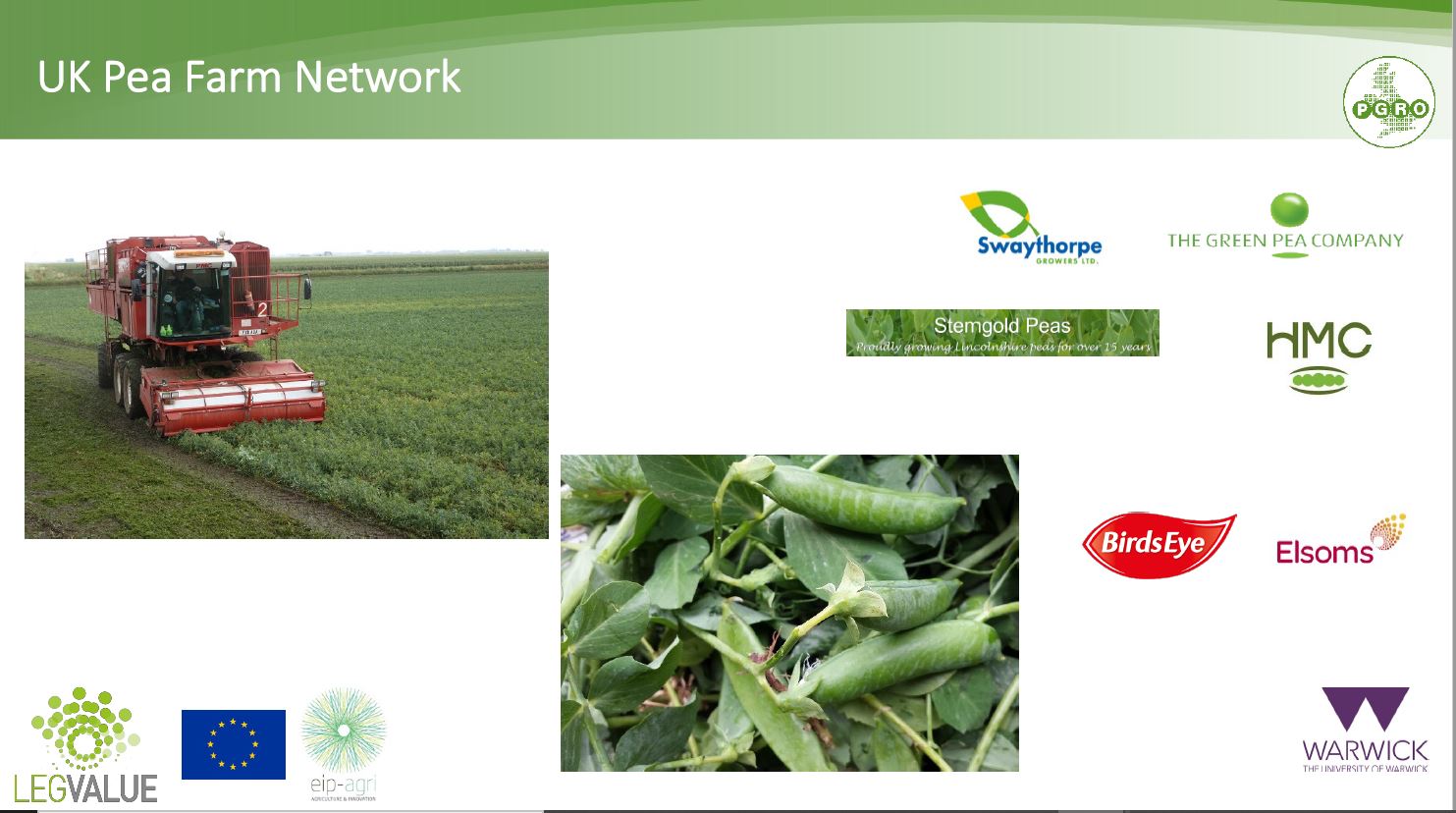 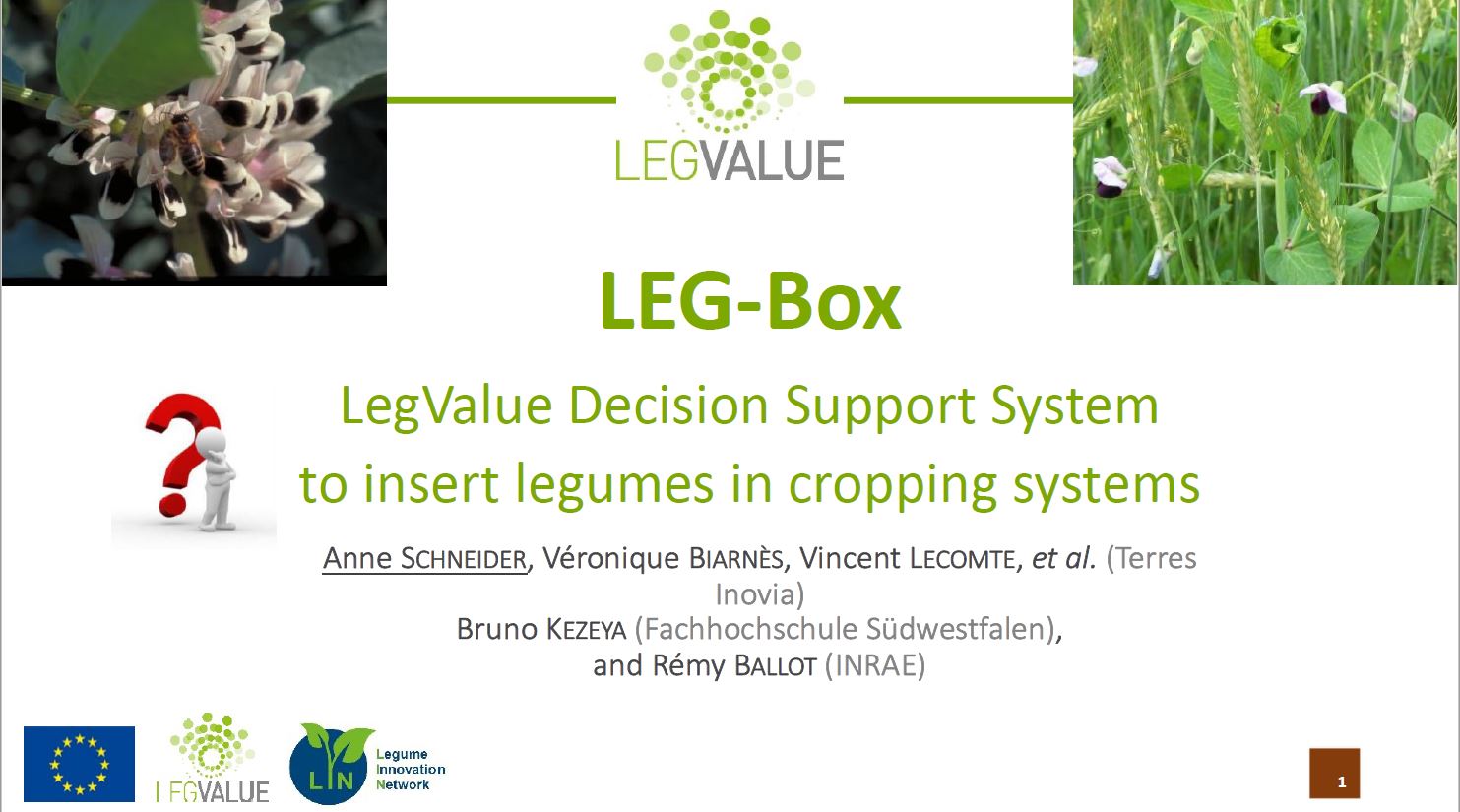 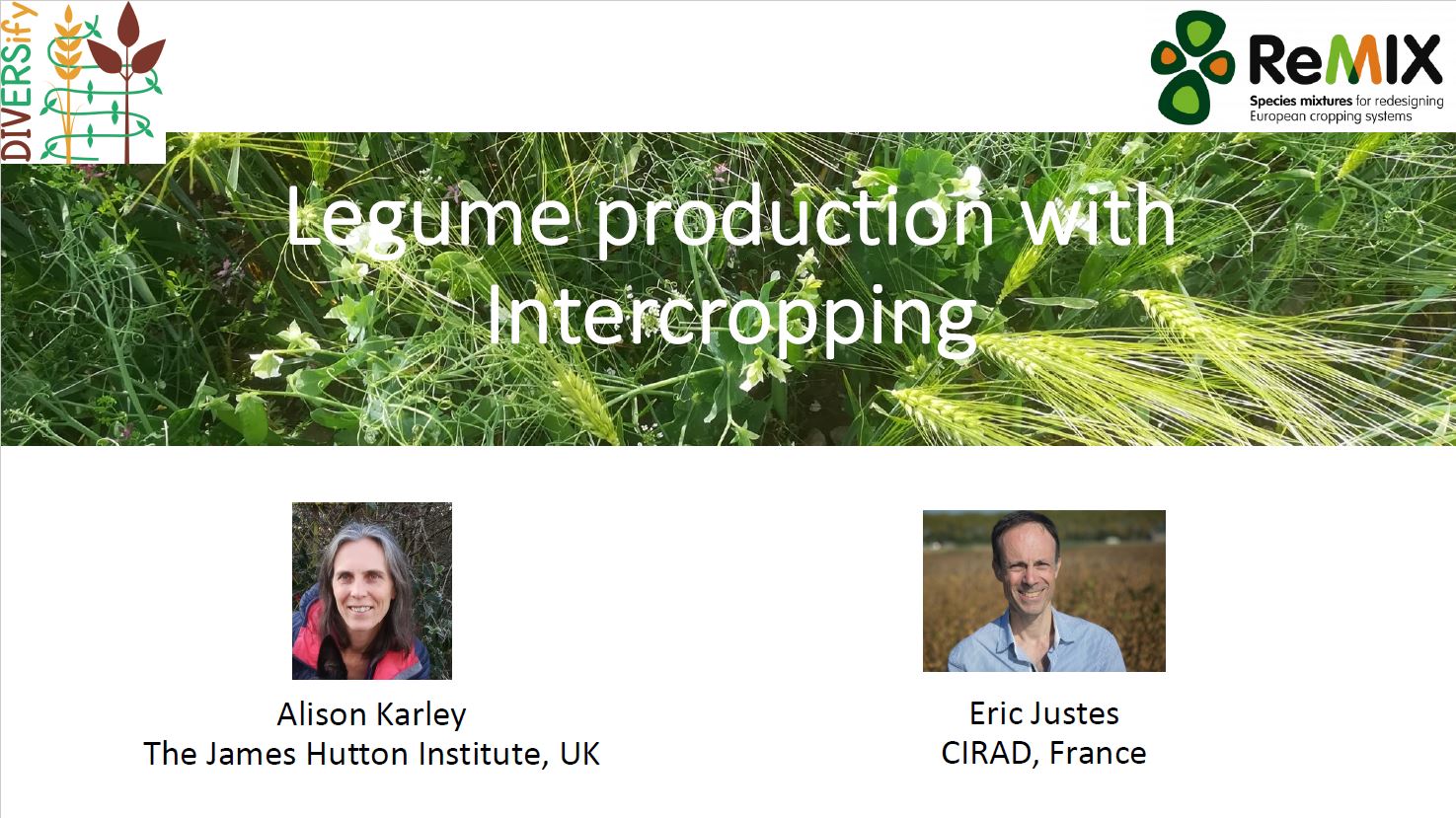 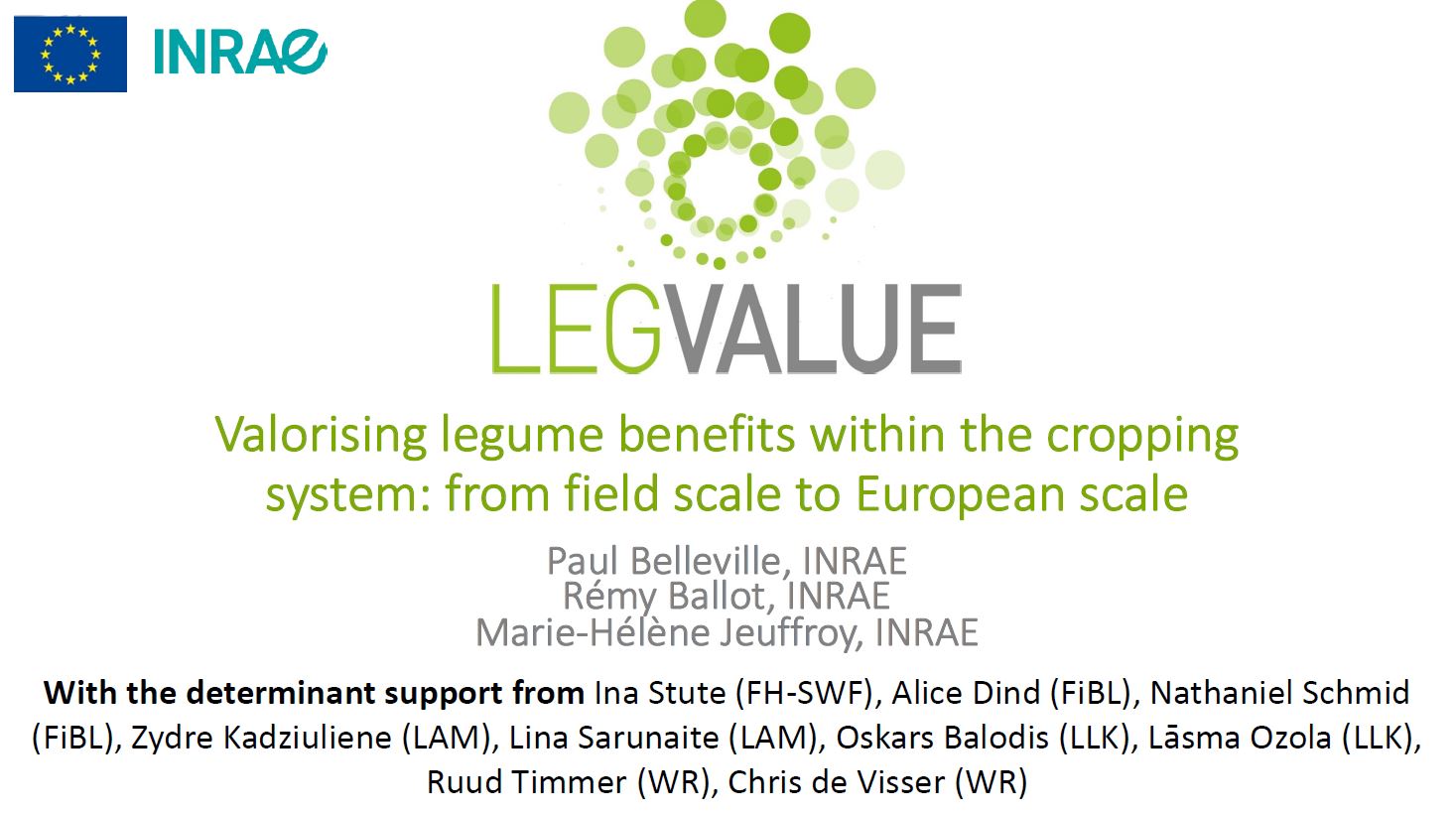 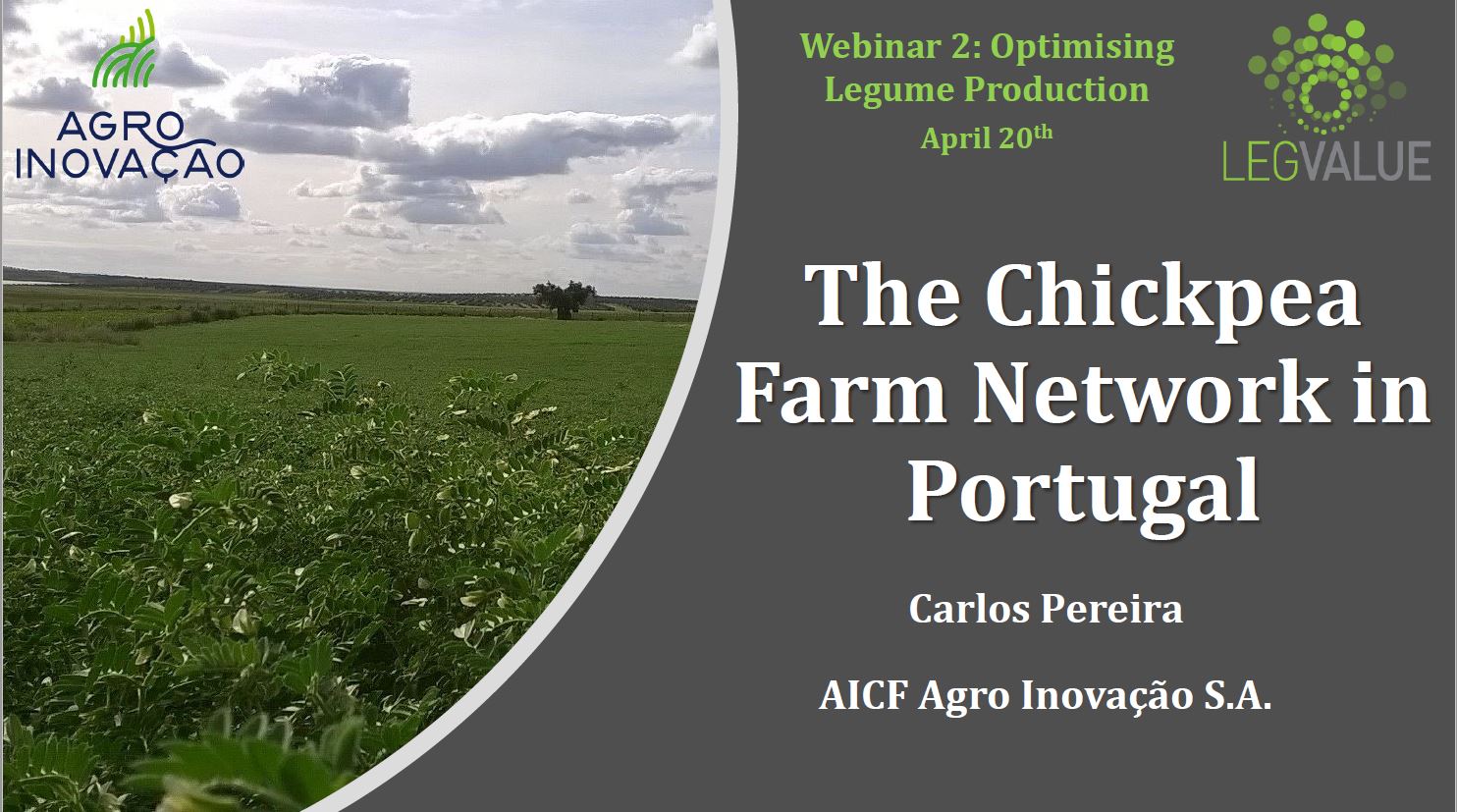 The Chickpea farm network in Portugal 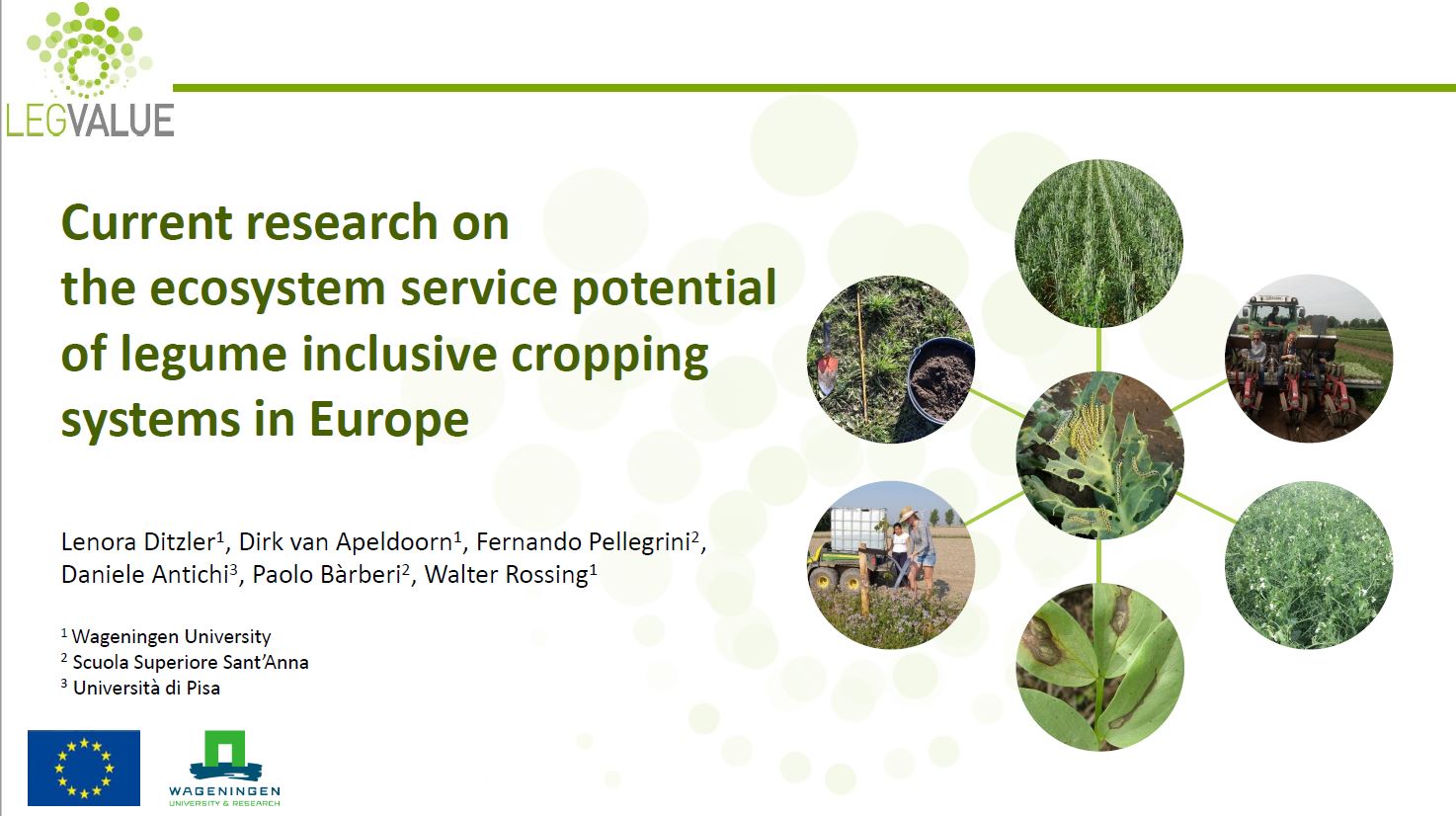