Legume-based value chains, farm gate and the market beyond 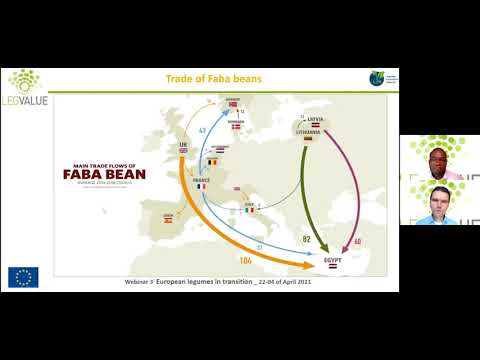 Exploring how markets are organised, added value and their transparency.

Illustrating how success stories function in the value chain through processing to the commodity market. Demonstrating how networks exist linking farmers to the markets, and how they can be strengthened through innovation. Leading to an introduction to the end-uses for legumes, the theme of the next webinar.

Provisional Programme: 10am CET  (for 90 minutes)

Explaining the focus of this webinar on organisational arrangements in value chain and price information that stakeholders need to access to organise value chains and create incentives for farmers. The following presentations from researchers that studied several success stories on the way stakeholders organise together through value chain networks, and illustrated by two stakeholders talks.

The legume markets are currently fragmented and lack transparency in many European countries. This makes it difficult to enter this market. By increasing market transparency, it should be simplified for new players to introduce the cultivation and utilisation of legumes. To this end, paying more attention to the market analysis and spreading information of legumes might be helpful.

The levers and difficulties of the introduction of legumes in the trade portfolio of traders. What might be need to improve for increasing the development of legumes trading?

The objective of our study was to to examine the role of contractual arrangements between the value chain stakeholders on the development of technical knowledge on grain-legume crops, allowing production improvement and development.  In our this study, we define the technical knowledge on a crop as any knowledge required for producing, collecting, storing and transforming/processing a crop

Valorex is known in Europe for its large development on oleaginous linseed for 20 years, from its production in different regions in France  for animal and human nutrition. For 5 years, Valorex has built a research and development program with INRAE, an organisation that brings together all stakeholders from seed production to  use in animal production. It has created an outlet by specifying  animal production systems recognized as added value by the consumer, with the aim to develop fava bean first, with pea, lupine and soybean in association.

Chickpea production area and production per unit area in Portugal has been increasing. In 2018, 2600 hectares produced 2000 tons. This increase as been partly due to the rotational benefits of these crops, and the superior financial returns above the traditional cereals crops of wheat and barley. Since 2015, AICF has been developing the value chain from field to consumer, integrating seed company, intermediary organization, farmer network, input supplier, processor and research centers. The chickpea is not an agricultural commodity, so prices are not defined globally. The implementation of the fixed price strategy allows the value chain to be strengthened.

7' Nathaniel Schmid - Advisor at FIBL ,Switzerland. The organisation of an organic Soybean value chain in Switzerland

Describing the organisation of the organic soybean value chain for FOOD and FEED from farmers to retailers and the way production contracts are used to stabilize prices, increase knowledges and know-how and secure quality and investments at each actors level.

This short presentation aims to demonstrate that to initiate, build, consolidate and sustain a value chain, it is necessary to be able to rely on relationships based on transparency, trust and the skills of each professional. The knowledge of the realities of each process of the manufacture of a product must be part of the activities necessary for the realization and sustainability of the process as a whole.

Bohnikat turns local grown pulses into delicious, healthy snacks. The pulses are purchased directly from local organic farmers to ensure the price is fair to them as well. Long-term contract farming will be the next step. The final snacks are produced in a particularly gentle manufacturing process to preserves the nutrients of the legumes, and is environmentally friendly at the same time. To avoid packaging waste, the snacks are mainly sold in unpackaged stores. 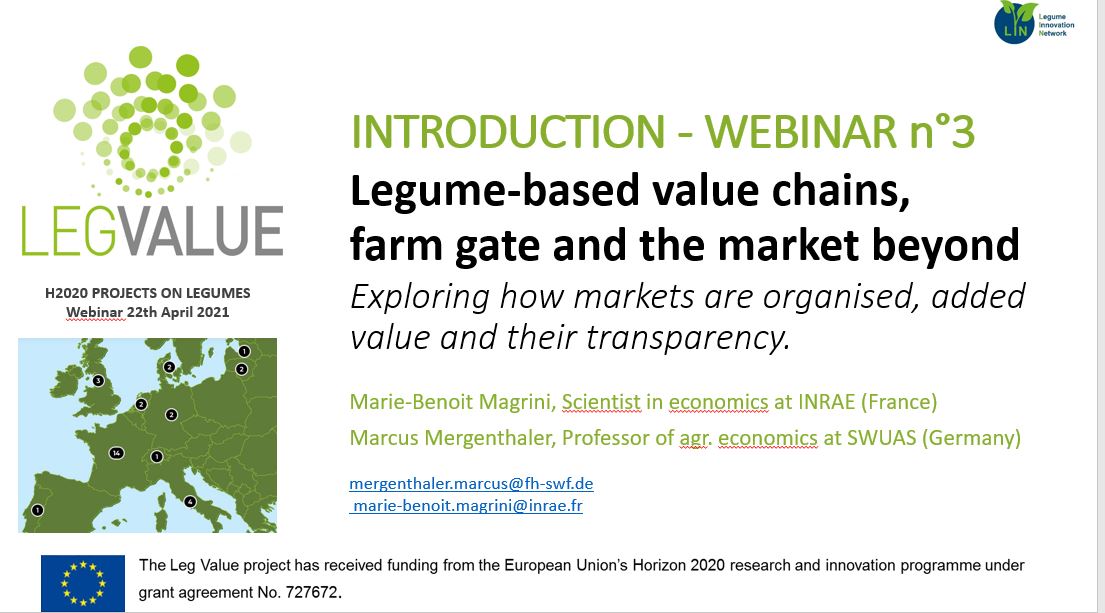 "Legume-based value chains, farm gate and the market beyond" 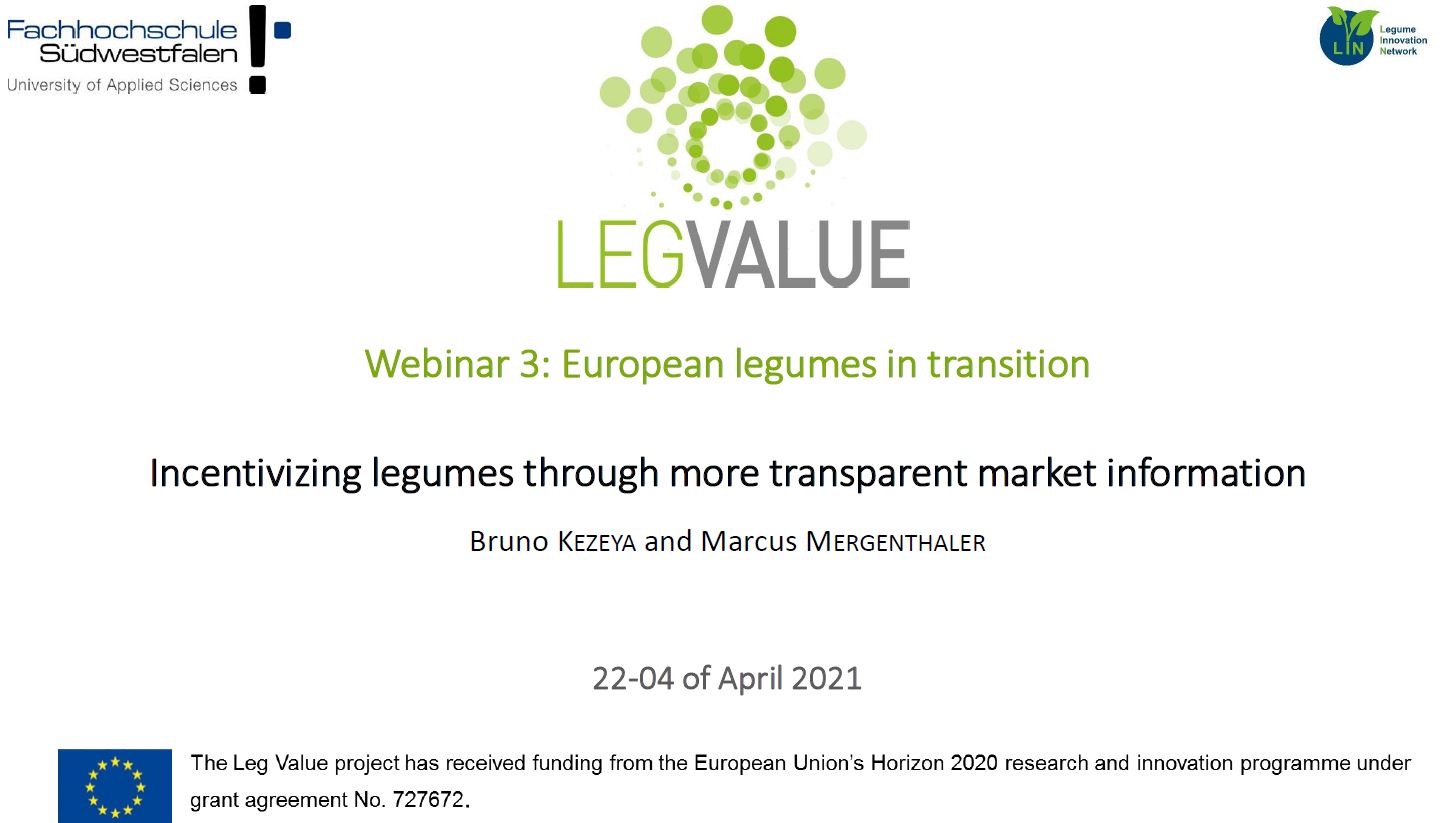 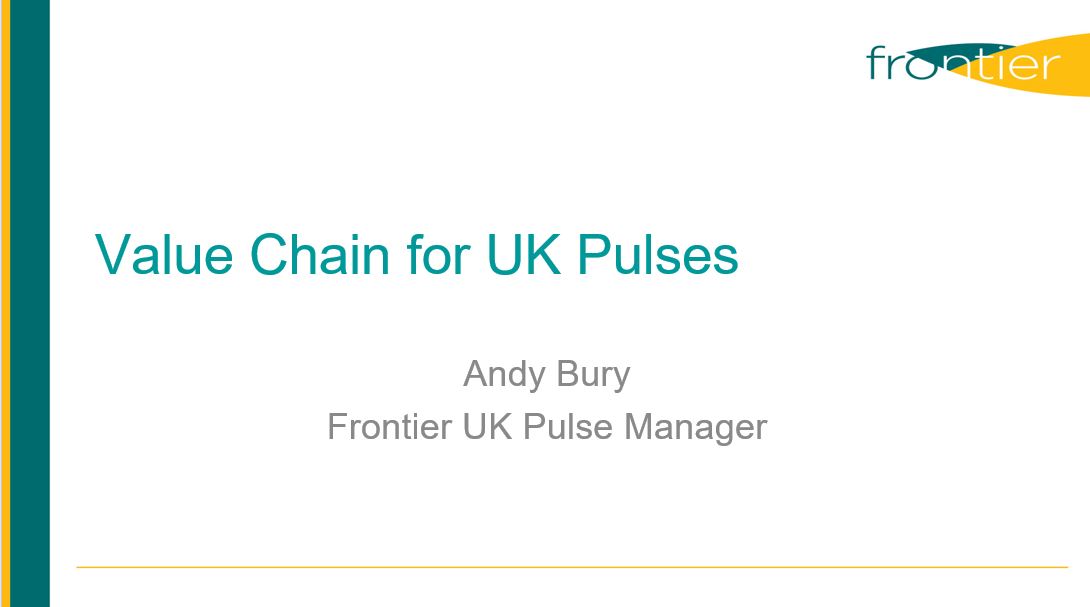 Trading pulses in the UK 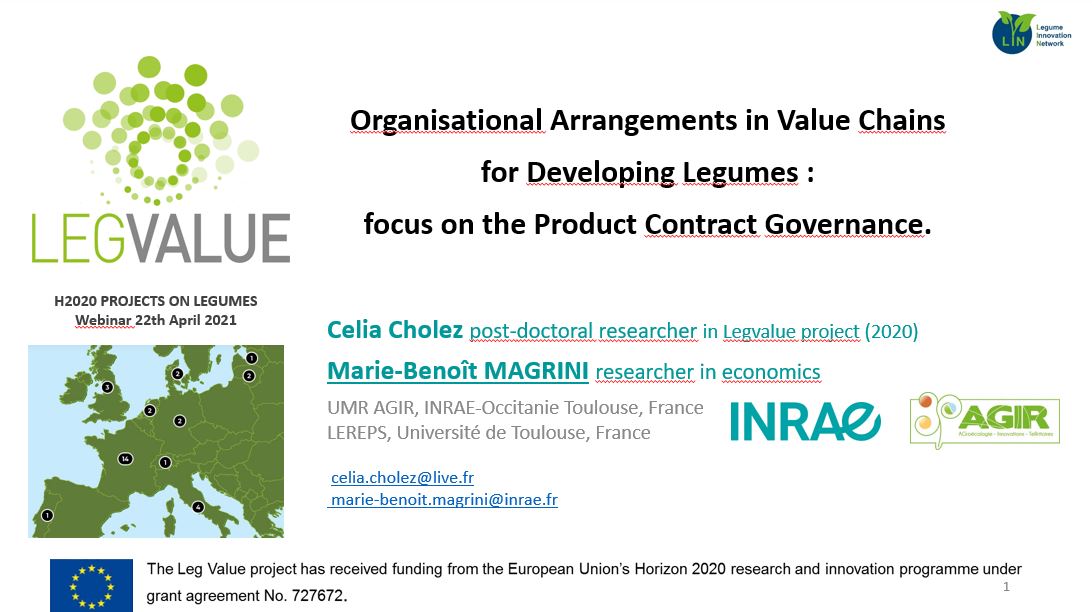 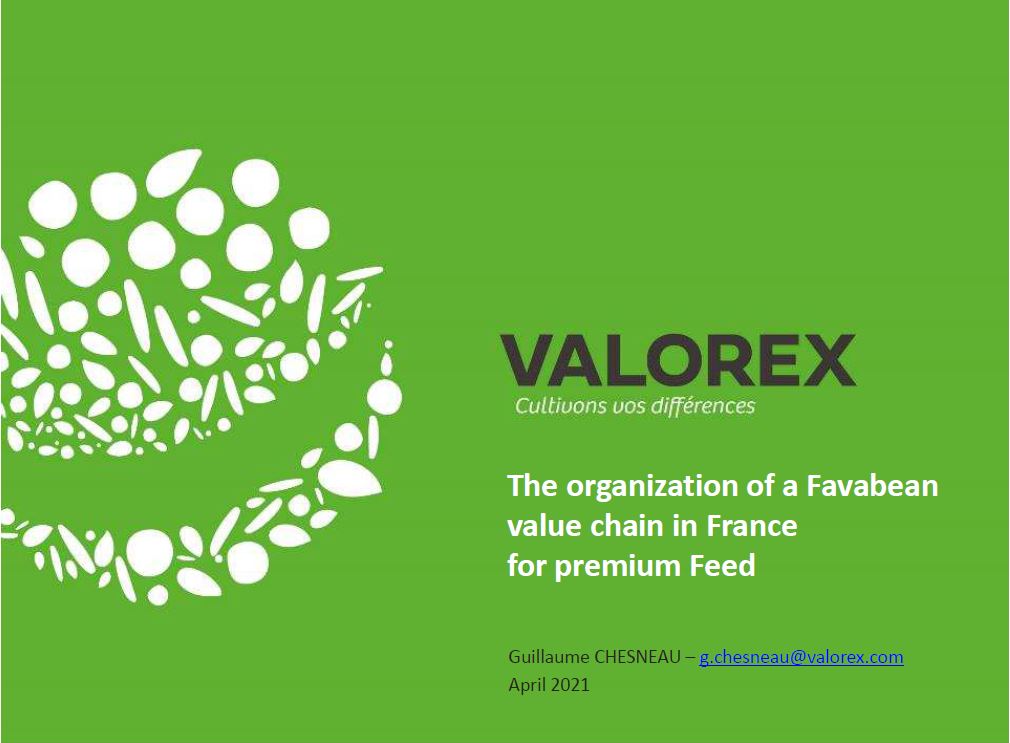 Organisation of the Faba bean value chain in France 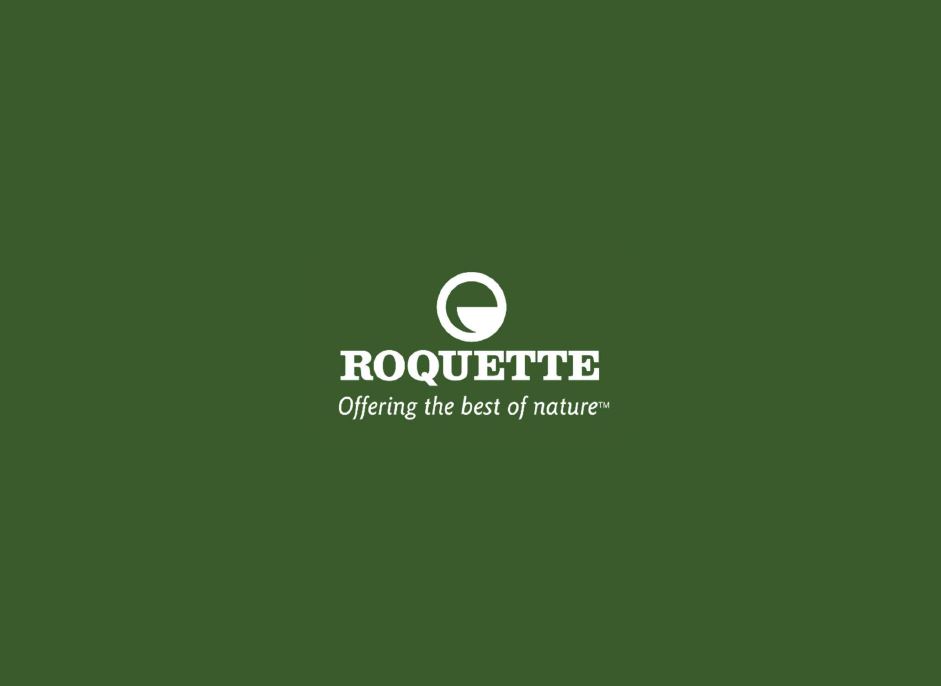 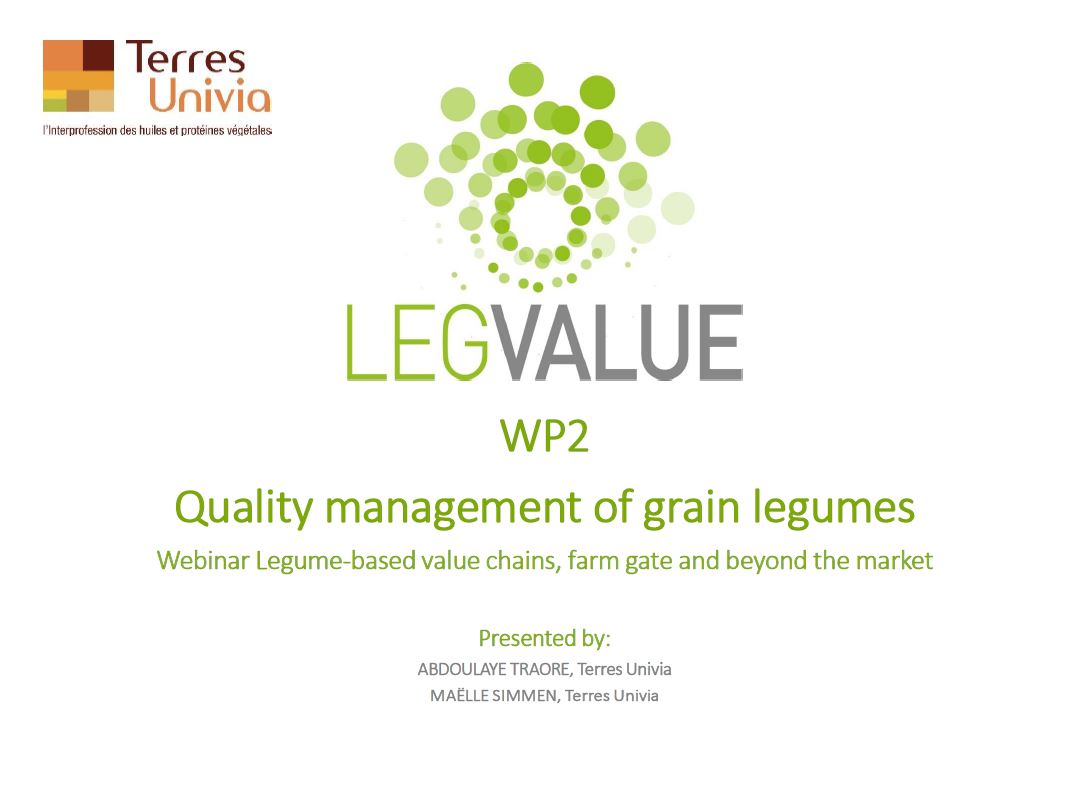 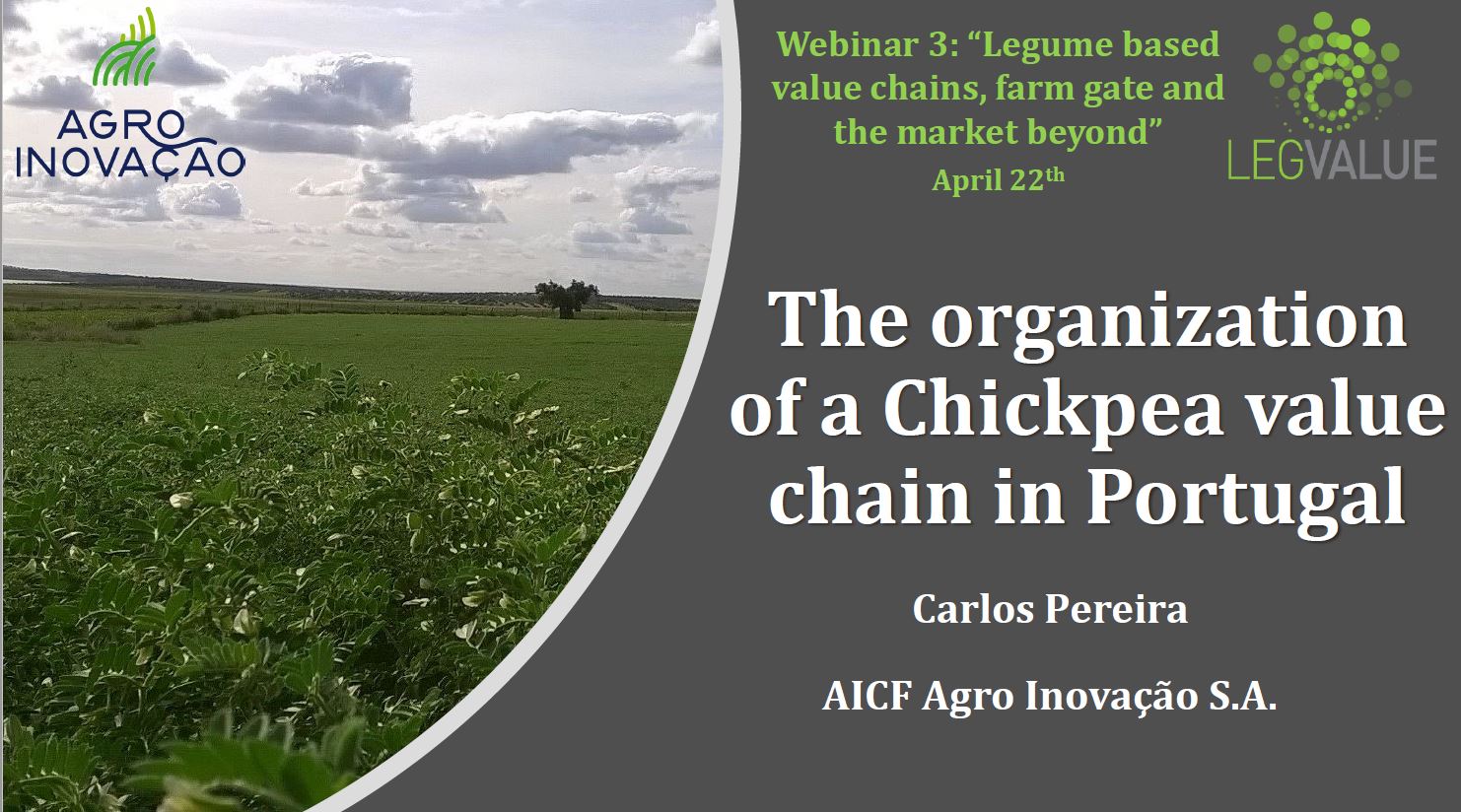 The organization of a Chickpea value chain in Portugal 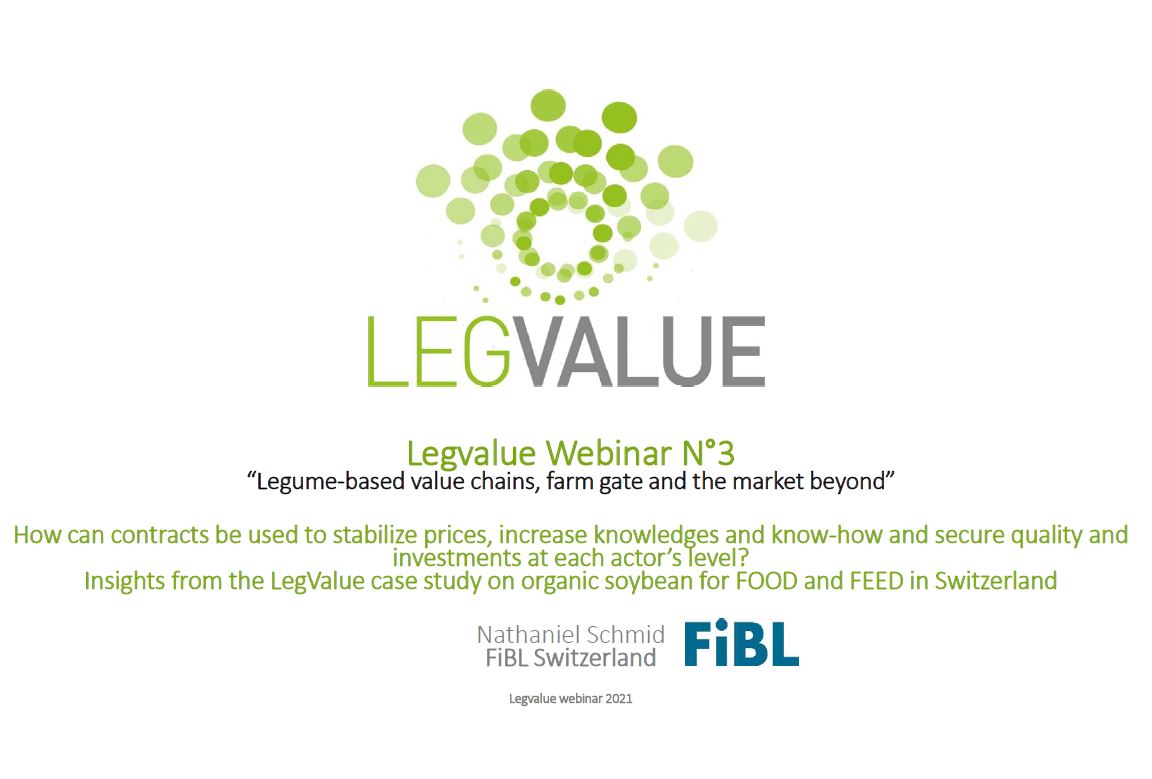 The organisation of an organic Soybean value chain in Switzerland