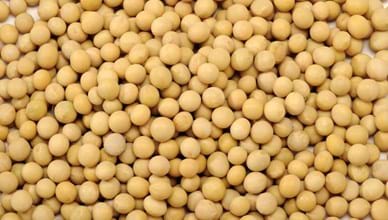 The yield stability has so far not been guaranteed, as soya cultivation is very demanding, farmers having limited experience, and there are still various open questions regarding cultivation. To be prioritised and solved in on-farm experiments are pressing problems and obstacles in organic soya cultivation, in collaboration with the project partners and farmers, taking into consideration the results and issues of the soya project "Bio Suisse soya from Europe" and already established solutions of other foreign organisations. As there has been no organised soya advisory service so far, an independent, dynamic and FiBL-coordinated advisory system, as well as a farmers' advisory network for a need-based, independent advisory and training of farmers are being established. Practicable advisory materials in different media are being created for cultivators. Additionally, different public advisory events are being carried out (floor visits, workshops, conferences, courses). Furthermore, an infrastructure for crop-intake and a quality assurance concept are planned.

The project serves the purpose of networking and coordination of actors in the Swiss organic soya supply chain. They engage in exchange, give feedback from the sector and discuss questions regarding the market, so as to create stable framework conditions in production for all parties involved with Swiss organic soya.